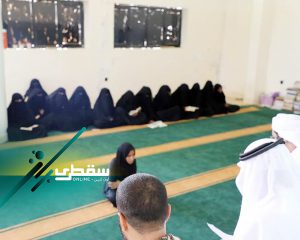 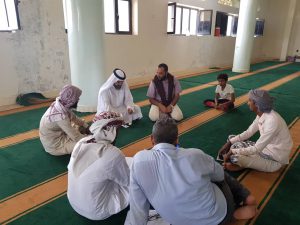 The initiatives of Quraan recitation competitions are competitions in a noble knowledge and great activity, as they are for purpose of good deeds, which have great benefits.

The final elimination of Quraan recitation competition, which was launched on 23rd of Ramadan under sponsorship of Khalifa bin Zayed Al Nahyan Foundation, was about to end after resulting in many benefits including fruitful communication, constructive cooperation and fraternity among children and young people in mosques. It had a public benefit to the whole community.

The large turnout of competitors of different ages was an evidence of the importance of these initiatives and competitions in addition to their effect on encouragement of the people of Socotra. This proved that such Quraan recitation competitions in mosques of Socotra contributed to preparation of a good Muslim generation following the instructions of Quraan, which is the most significant preparation for the Muslim to face the present and future.

“Slow Down… Have your Iftar with Us” Initiative exceeds Expectations

UAE efforts in Promotion of Education Sector in Socotra