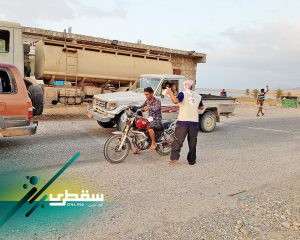 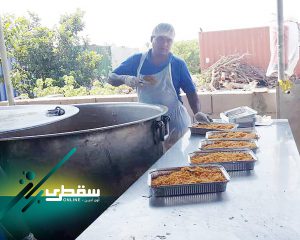 During this holy month of Ramadan, Khalifa bin Zayed Al Nahyan Foundation launched “Slow Down… Have your Iftar with Us” initiative, which was a rich meal for iftar in order to be distributed among the drivers in streets of Socotra before the call for prayer in order to minimize the number of traffic accidents during this period due to the increased speed and wish to go home for iftar.

The visitors who came to Socotra during this holy month would notice the efforts by Khalifa Foundation, which worked in silent and lovely way in order to help their brothers in Socotra. Thousands of meals were distributed in the streets daily, which resulted in the feelings of happiness and positivity. This initiative aimed at resulting in positive effect and promoting the quality of life through saving lives, minimizing traffic accidents, and strengthening complying with traffic rules.

The ones who follow actions of Khalifa Foundation teams would feel the spirit of persistence and determination in order to instill happiness and smile inside the people of Socotra. This contributed to strengthening the community responsibility and promoting the culture of giving in the community.